What Causes Nasal Congestion and How Is It Treated? 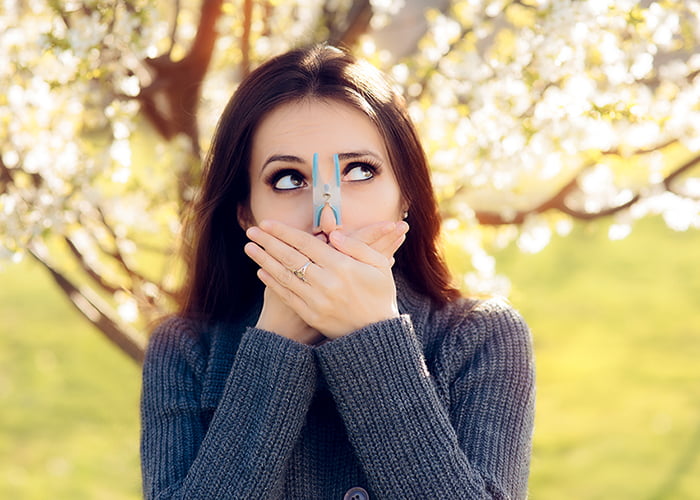 What is Nasal congestion?

Nasal congestion is the result of blocked nasal passages. Generally, these passages are blocked due to inflamed blood vessels in the nose. While, in most cases, this problem is fairly common and just an inconvenience. It can grow to be serious and even life-threatening in some individuals. Particularly if it causes problems with breathing or sleeping.

“Nasal congestion can even lead to issues with the ears, hearing, and even speech development.”

Snoring, sleep apnea, and asthma may also develop or be worsened by chronic nasal congestion.  For these reasons, it is important that individuals not just let their problems go.You should not wait for them to clear up on their own. Seeking out treatment is vital.

What are the symptoms of Nasal Congestion?

In this condition, nasal passages are blocked or congested due to excess mucus buildup. Inflamed blood vessels and swelling of the mucosa lining of the nostrils are the other root causes. It should be treated as it brings along a set of medical symptoms, such as:

What Causes of Nasal Congestion?

Bacterial and viral infections and low body-oxygen contents are the main superficial causes of a stuffy nose or nasal congestion. However, it is one of the most commonly occurring problems.

Various other causes responsible for the problem,

Virus infections are mainly responsible for stuffy nose. Viral infections occur more often because of less immunity strength. So that toddlers are always in danger of viral infected baby stuffy nose. Some of the viruses are airborne, but most are transmitted by hand-to-nose contact.

Viruses cause the body to release histamine that increases blood flow to the nos. For these causes nasal tissue to swell. The nose becomes congested with blood and produces excessive amounts of mucus that “stuffs up” the nasal airway. Nasal congestion also leads to a thick discharge of mucous.

Allergy is an exaggerated inflammatory response to substances such as pollen, dust mites, house dust, animal dander, and tobacco smoke. These responses release histamine that causes congestion and excess production of watery nasal mucous. Sometimes sudden changes in environmental conditions like hot to cold or vice versa can cause a stuffy nose.

Structural abnormalities including the deviated nasal septum, large inferior turbinate’s, polyps in the nose, external valve collapse, bent or twisted nose, and large adenoids also cause a stuffy nose. These deformities are usually the result of an injury or maybe present the time of birth. Such abnormalities should be diagnosed and proper actions should be taken.

It is a non-allergic condition that causes inflammation of mucous membranes in the nose and nasal membranes. The main issues that expand these membranes are irritants such as perfume, tobacco smoke, and psychological stress. The condition becomes recurring or the symptoms do not get better with time.

Nasal congestion may also be caused by a chronic sinus infection or bacterial infection of the paranasal sinuses. It may mimic the symptoms of allergic rhinitis and symptoms like a sinus headache, sinus pressure, and mucus. It is usually followed by a common cold.

A cold or flu most of the time end up with a sore throat and nasal obstruction due to a viral infection of the upper respiratory tract — nose and throat. The immune system responds to the infection by secreting histamines, causing dilation of blood vessels and inflammation of nasal membranes.

Deviated septum is a nasal structural problem that occurs when the thin wall between nostrils is displaced to one side and makes one nasal passage smaller. It can block one side of the nose and reduce airflow and cause a stuffy nose.

Stuffy nose sometimes causes due to the adverse effects of treatment medications. Some of the drugs affect blood circulation and may bring about increased flow in the blood vessels and causes swelling of the mucous membrane in the nose, ultimately, leading to increased mucus secretion and blocked nose.

Whatever the cause is, immediate action should be taken against it. Various remedies for the stuffy nose are available. You could try anyone of them.

How to Treated Nasal Congestion?

How to Get Rid of Nasal Congestion Fast — Yes, none wants to have it, but sometimes stuffy nose comes without any symptoms. When you see that everyone around you is blowing their nose, you notice that stuffy nose is coming to town. Stuffy nose is simple but irritating. You cannot work at your office effectively when you find it hard just to breathing.

How to get rid of a stuffy nose fast?

Decongestant can taper down the inflammation on your sinus and make the mucus drain out freely, while analgesics like ibuprofen can increase the effectiveness of the decongestant, making it easier to get rid of a stuffy nose.

How to get rid of a stuffy nose fast with regular exercise? Regular exercise can boost the condition of your respiratory system so that your body has more resistance to infections of viruses and bacteria.

Vitamin C makes your body easier to defend from any viral and bacterial infections. Some vitamin C supplements consumptions per day will both decrease the risk of getting a stuffy nose and get rid of a stuffy nose fast.

You can get vitamin C from not only drugs or supplements but also fruits or juices like oranges. There are many kinds of foods that contain lots of vitamin C to get rid of a stuffy nose fast.

Many people think that blowing their noses hard can get rid of a stuffy nose fast. However, it is contrary to the fact that blowing nose makes your stuffy nose worse. If you blow your nose too hard, then the sinuses can tear, resulting in contrast with what you want.

You can end up getting irritation or inflammation of your sinuses, which makes you breathe harder. To get rid of a stuffy nose fast, just blow your nose gently and softly to drag out the mucus inside without making any damages in your sinuses.