What are the side effects of taking fish oil Supplements? 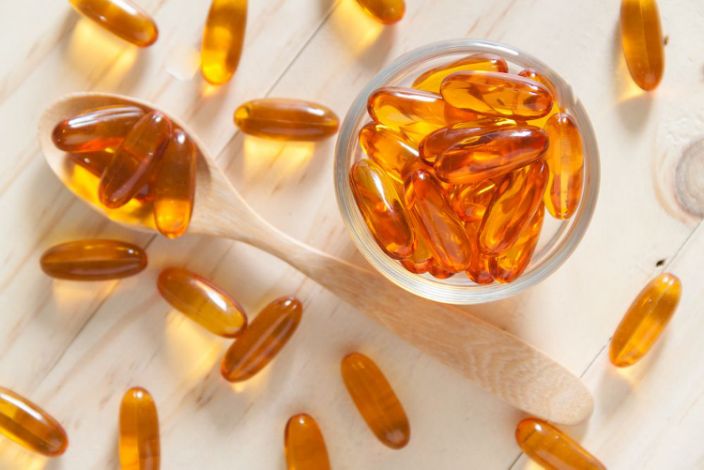 More people are supplementing their diet with fish oil supplements these days” and for good reason. The omega-3’s found in fish oils have a multitude of health benefits including the ability to reduce inflammation.

This makes them potentially helpful for people who suffer from chronic inflammatory diseases such as rheumatoid arthritis. Consuming higher doses of Fish Oil Pills also lower triglyceride levels which help to reduce the risk of heart disease.

Many people take fish oil pills without any problems ‘” . But there is the potential for adverse reactions to the omega-3’s found in fish oil. What are the side effects of taking fish oil pills?

Some people also experience an unpleasant fishy taste in the mouth and throat. One way to reduce these unpleasant side effects is to take them with food. It’s also a good idea to start with a low dose and gradually increase the amount taken over time.

Although fish oils are heart-healthy. They can cause a slight elevation in LDL cholesterol levels. They also lower triglyceride levels and reduce the risk of heart attack by altering platelet activity ‘” so they’re still an overall positive for heart health.

3. Side Effects of Fish Oil Pills: An Increased Risk of Bleeding

At high doses, fish oils increase the risk of bleeding due to their effects on platelets ‘” blood cells involved in forming blood clots. People who notice bleeding gums or nosebleeds after starting fish oils should consult their doctor.

This is usually only a problem for people who are taking blood thinners, aspirin, or have a history of a bleeding disorder or hemorrhagic stroke in the past.

4. Side Effects of Fish Oil Pills: Safe for Diabetics?

Diabetics should use fish oil capsules only under a doctor’s care since they can make it more difficult to control blood sugar levels.

One study showed that fasting blood glucose levels increased by fourteen percent in people taking fish oil capsules. People who have blood sugar problems should use them with caution.

5. Side Effects of Fish Oil Pills: Is Mercury a Problem?

Many people are concerned about the potential for commercial fish oils to be contaminated with mercury, dioxanes, and PCB’s since they’re derived from fish.

This doesn’t seem to be a problem for most brands since the majority of companies use distillation to remove any impurities.

To be safe, buy from a company that distills their oils or use a prescription fish oil supplement that’s pharmaceutical grade. This should eliminate any problem with contamination ‘” however slight.

6. Side Effects of Fish Oil Pills: Risk of Bleeding

Another potential concern when taking fish oil capsules is the risk of bleeding. Because fish oil capsules affect the function of platelets that help clot the blood. There’s the concern that they could cause bleeding problems in some individuals.

This is why people taking prescription blood thinners should avoid using them. Particularly if taking more than two grams a day. Some experts have recently questioned this risk – believing that the risk is more theoretical. But it’s best to error on the side of caution.

Fish oils have lots of benefits, but also some side effects which is why it’s best to take them under a doctor’s care. Otherwise, get fish oils naturally from fatty fish instead.