Varanasi, also known by the name of Kashi and Benaras, is the holy city of India situated on the banks of the Ganga in Uttar Pradesh state of India. Varanasi is believed to be the oldest continuously inhabited city on earth. The city derived its name from two rivers – Varuna and Assi – which meet here. According to legend, Varanasi was founded by the God Shiva himself.  This place finds mention in the epic sagas of ‘Ramayana’ and the ‘Mahabharata’. The Pandavas, the heroes of the Hindu epic Mahabharata are also stated to have visited the city in search of Shiva to atone for their sins.

The best time to visit Varanasi is during the month October to March.

How to reach Varanasi

The nearest airport is Babatpur, 22 km from Varanasi and 30 Km from Sarnath. Direct flights for Varanasi are available from Delhi, Agra, Calcutta, Mumbai, Lucknow and Bhuvaneshwar.

Varanasi and Mughal Sarai are the important rail junctions, with train connections to all major cities of India.

Varanasi is situated on NH 2 from Calcutta to Delhi, NH 7 to Kanya Kumari and NH 29 to Gorakhpur is well connected to the rest of the country 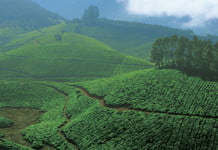