The Health Benefits of Black Pepper 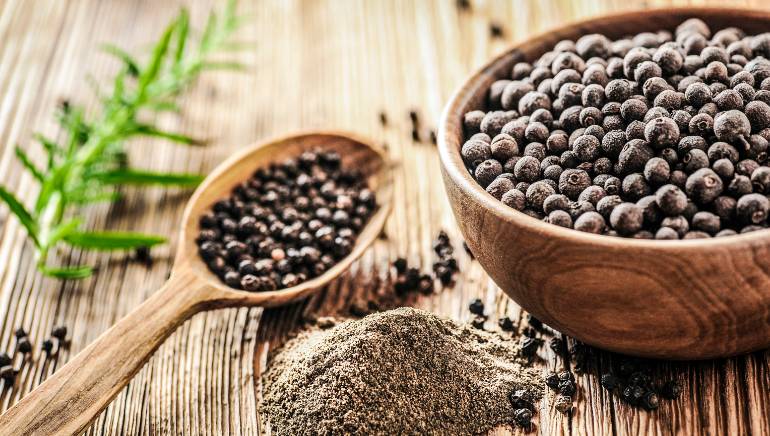 A little black pepper adds a touch of heat to a dish without overpowering it.It’s one of the most popular food seasonings used by Americans. But have you ever wondered about its health benefits? Is black pepper good for you?

Is Black Pepper Good for You?: What is It?

During drying, the portion around the seed darkens and turns black – yielding a black peppercorn. Most chefs prefer to grind it using a pepper mill just before adding it to a dish since it can lose its flavor quickly.

In ancient Greece, black pepper was so valuable that it was used as money to pay debts – and in religious ceremonies. The buying and selling of black pepper formed the basis for much of the spice trade that, today, centers around Indian and Indonesia.

Is Black Pepper Healthy?: What Makes It So Spicy?

Black pepper gets its distinctively hot flavor from a special chemical called piperine.

Although it’s hot, its heat is only a fraction of the more commonly known hot spice, capsaicin, found in chili peppers.

Piperine has the rather annoying habit of irritating the nostrils, which can lead to sneezing.

The Health Benefits of Black Pepper

Throughout the ages, black pepper has been used medicinally to treat a variety of conditions including indigestion, dental problems, bowel problems, earaches, sleep problems, insect bites, and liver disease – to name a few.

There are better treatments for these conditions today, so few studies have looked at the effectiveness of black pepper for treating any of these conditions – but many people swear by them.

Black pepper has antioxidant, anti-bacterial, and anti-inflammatory properties, which could help to prevent certain types of infection, and possibly protect against some cancers – by reducing free radical damage.

On the other hand, pepper also contains small amounts of a weak carcinogen called safrole. When large amounts of safrole were injected into mice, it caused cancer.

Humans are unlikely to eat black pepper in high enough amounts to put themselves at risk – but don’t go crazy with the pepper shaker!

Black pepper has another often overlooked benefit. It helps to increase the bioavailability of some nutrients and other substances, especially curcumin.

Curcumin has anti-inflammatory benefits, but its effects are limited because it can’t be readily used by the body. When it’s taken along with piperine in pepper, its bioavailability increases by up to twenty times.

Black pepper is a very good source of manganese, vitamin K, and iron. It also has carminative properties, which means it reduces intestinal gas – possibly by stimulating the production of hydrochloric acid.

Black pepper also contains a compound called Bioperine, which speeds up the breakdown of fat in rats. Could it do the same in humans? 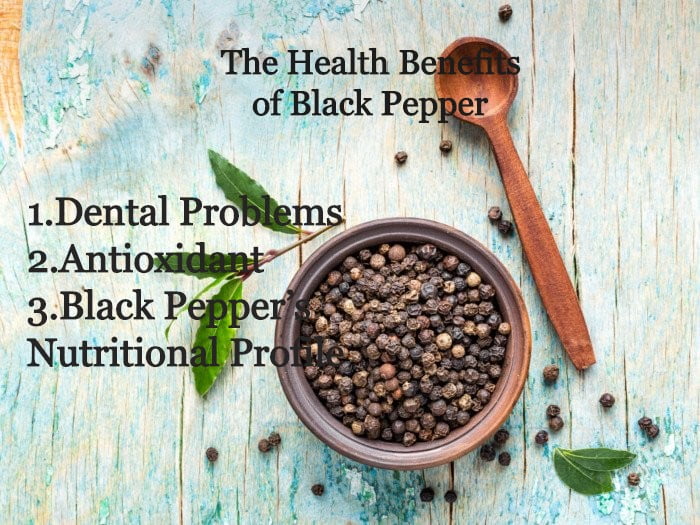 Black pepper is a good antioxidant – and has antibacterial and anti-inflammatory properties. It also helps to reduce gas formation after a meal – and may increase fat breakdown – at least in animals.

Keep in mind that few studies are confirming these benefits in humans. It does contain a carcinogen called safrole, but you’d have to eat a lot of black pepper to increase your risk of cancer.

It’s also good for increasing the bioavailability of other nutrients and substances. Use it to good health – but only in moderation.