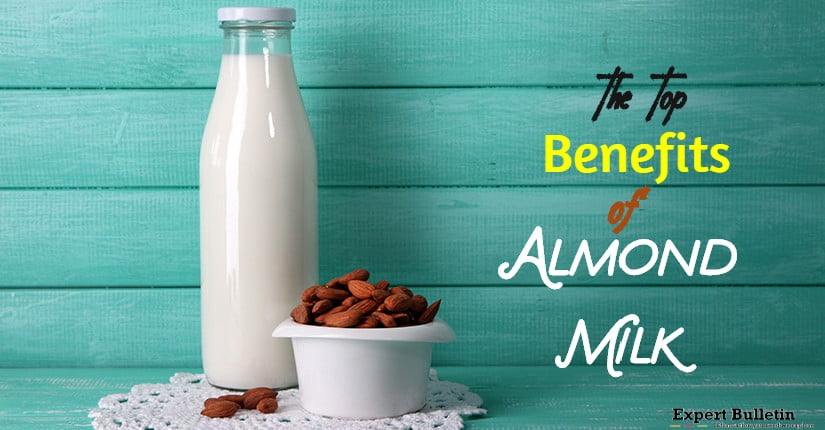 With the increasing need for alternatives to cow milk, almond milk is taking a firm place along with soy and rice milk.

Rising in popularity, almond milk has a number of health benefits that are difficult to ignore.

The commercial brands have a very pleasant flavor and consistency and some brands, like soy and rice milk, make different flavors such as vanilla.

Almonds themselves are rich in magnesium, protein, and potassium and they contain high levels of vitamin E – a powerful antioxidant. The antioxidant properties make it a wonderful addition to any detox diet.

Vitamin E is also very beneficial to skin health as it helps to protect the skin against the effects of free radicals. The high levels of magnesium help significantly with energy levels and bone health.

For vegetarians or vegans, almond milk helps with getting the nutrients that may be otherwise lacking in a meat-free diet.

For many who are lactose intolerant or have an allergy, almond milk makes a wonderful substitute as it is lactose-free.

This is a huge benefit as more than half of the world’s population has difficulty digesting lactose.

Almond milk also contains no cholesterol and even helps lower cholesterol with its addition of omega fatty acids.

3. Reduce the Risks of Cancer

Growth hormones are a growing concern when it comes to cow milk as they have been linked to a number of serious health risks including cancer and an increased risk of diabetes.

Almond milk contains absolutely no growth hormones. And whether you are an animal activist or not, you will feel good knowing that you are consuming something that no cows were mistreated in huge milk farms to produce.

For those of you who are watching your weight, almond milk is a great cow milk alternative. It is very low in calories in its unsweetened form.

A serving ranges around half of what you would find with cow milk. Along with low calories, you will find that almost milk is also high in unsaturated fat which is a benefit to anyone wanting to lower their risk of heart disease.

Almond milk is also superior to soy and rice milk in that it has a constancy that makes it a better substitute for adding to coffee or cereal.

Have you ever tried to add rice or soy milk to your coffee? The results are very unappetizing.

Vanilla almond milk makes a delicious addition to many bowls of cereal and children are more likely to accept almond milk over soy or rice milk in such instances.

So the next time you have milk on your shopping list, be sure and pick up some almond milk and give it a try. The benefits are much too great to ignore.

Almond milk is a great nutritional source for those on a special diet. It is made from ground almonds and contains no lactose or cholesterol.

In the middle-ages almond milk was also known as amygdalate. This milk was consumed across regions such as the Iberian Peninsula and East Asia.

Almond milk can be made from home by blending water and almonds together, adding vanilla and sweeteners for more flavors and taste. Medieval recipes often called for almond milk instead of cow’s milk. It has little to no saturated fat.

However, parents do not want to give it to infants coming off of formula. If given to an infant too early it can cause them to develop a nut allergy.