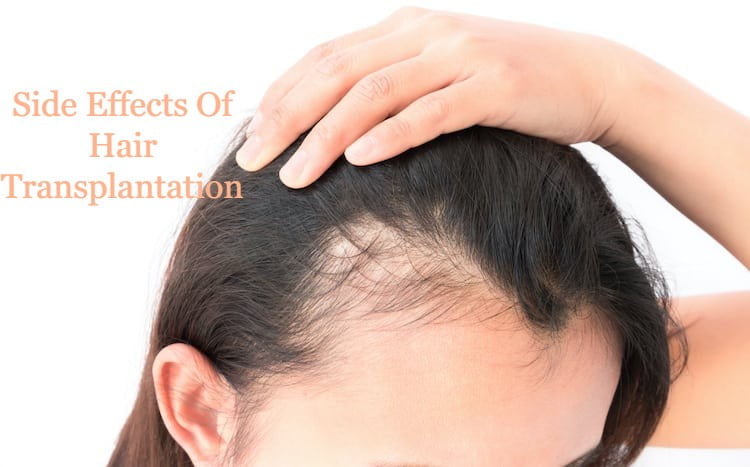 Hair loss is becoming one of the major causes of concern in today’s society for both men and women. Fortunately, there are many treatment options available today, ranging from hair care products to hair loss medications to surgery.

But regardless of how popular or successful? Hair transplantation surgery can cause certain side effects. However, they can be easily treated by using certain medications like Extra Strength Tylenol. Read through the article to learn more about the many hair transplant side effects.

Side Effects Of Hair Transplantation or Surgery

Almost every surgical procedure has postoperative side effects. But, most post-micrograft transplant side effects often subside within 1-3 weeks. Some of the most common side effects of hair transplants are discussed below with the following signs.

In certain cases, hair fall may accelerate post-surgery due to scalp shock. A large number of hair follicles enter into the resting phase called the telogen phase, resulting in hair fall. However, don’t worry, this is usually a normal process. It will go away through itself after a few weeks. Your doctor may also prescribe certain medications to control excessive hair fall in such a case.

You may likely experience bleeding after the hair transplantation. However, it is usually minor bleeding. In certain cases, the bleeding may be more. In such a case, you may be required to take extra measures to stop the bleeding.

According to studies, almost everyone exhibited swelling postoperative hair surgery. Almost 50 percent of people who have undergone hair transplant surgery have reported slight pain in the scalp because of swelling. Swelling can be observed especially in the area around your eyes and forehead. This swelling often lasts for two to four days.

In rare cases, some people may also experience a black eye. Swelling occurs due to localized skin trauma. Small lacerations were usually made on the scalp, just above your forehead.

Therefore, the upper part of your face is inflamed after surgery. However, inflammation is a natural process for healing, without it lesions and injuries will not heal. So, this is a temporary and normal condition for the healing process.

Headache and pain are also one of the most common hair transplant side effects after the surgery. Common medications prescribed for pain include Percocet, Tylenol 3, or Vicodin, which notes the American Society for Dermatologic Surgery.

Scab is a defense for your skin to combat infection and bacteria. Scabs help to heal the wounds or injuries. The scab is a shield composed of dried blood and flaking cells. Many activities take place under the scan because the cells are stabilizing and regenerating in the new location.

However, these scabs usually loosen and fall off within 10 days or even less. This may result in itchiness, but avoid scratching until the scabs fall off by themselves. During those days, you can apply some soothing ointments.

Numbness is another common side effect of hair transplantation. After the surgery, the patient usually experiences numbness for a few weeks. It occurs due to the decreased blood circulation in the scalp and the capillaries. The blood vessels are still strengthening tissue and reconstructing themselves around the follicles. But, you don’t have to worry, because it is quite normal and a temporary condition.

Apart from the above mentioned side effects, some patients who have undergone micro-graft surgery may also experience other minor side effects such as hiccups and scarring. Overall, hair transplant side effects can be quite disturbing and uncomfortable. However, understand that these symptoms are usually a temporary case, which will disappear by themselves within a short period. But, if these symptoms don’t subside after a few days, consult your doctor immediately.

After the surgery, one should avoid exercising heavily for at least 2 weeks or unless you are properly fit to start exercising. Exercising needs to use force and this can open the wounds and burst the blood vessels, resulting in bleeding. Also, bacteria can get into the cuts and cause infections.