Should Your Child Take Probiotics? 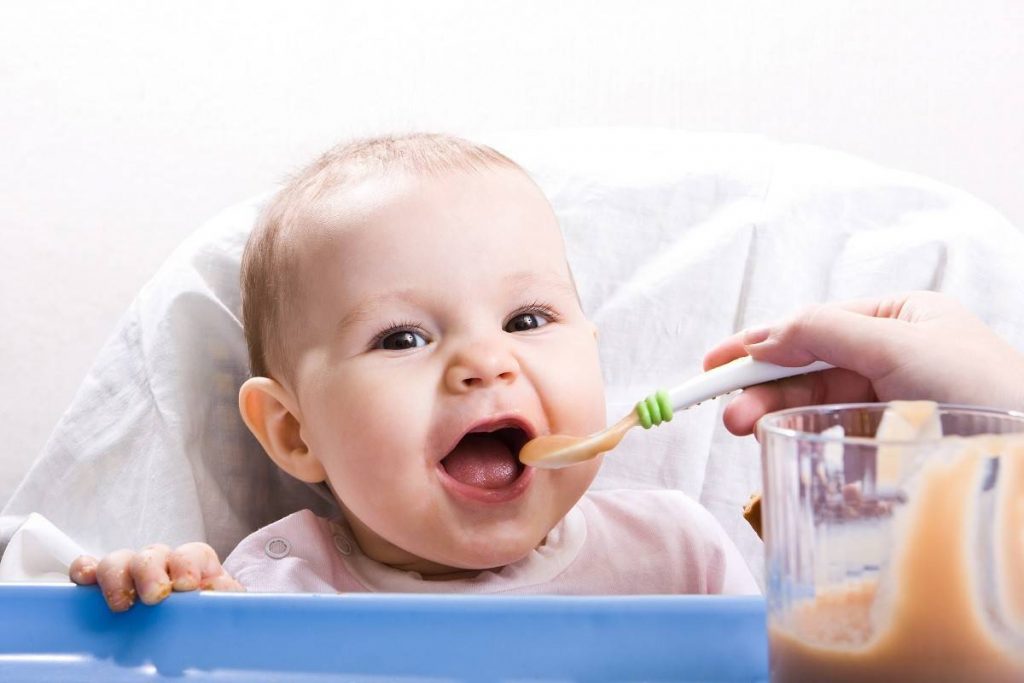 Baby Probiotics: Do They Really Improve Your Infant

Probiotics are so popular right now, they are practically a buzzword. Most of us have heard they are good for us, and even our babies, but we may not know how or why they could be beneficial to us.

To explain what they are, how they are useful and specific conditions they help address for your newborn.

What Are Probiotics And Prebiotics?

Probiotics are living organisms, mostly bacteria, and yeasts, which can positively influence your health by increasing the number of microflora native to your body. They can be found in foods, such as fermented soy and dairy, and can also be taken in supplement form.

Prebiotics are foods that the body cannot digest that help increases the beneficial bacteria in your body and that nourish the probiotics and help them multiply. Most prebiotics is taken in supplement form, but can also occur naturally in onions, artichokes, wheat, and asparagus.

Synbiotics is the combined use of probiotics and prebiotics to assist in the growth of beneficial bacteria, particularly after an illness or disruption in health.

Does My Baby Need Probiotics?

Babies are born with no microflora present in their intestinal tracks and they gradually acquire healthy gut bacteria in their first year through breastmilk and, eventually, some table foods. Breast milk does contain a strain of probiotics and your baby will get natural benefits from this if they are been breastfed.

If your baby is breastfeeding, that is the only source of probiotics they will need for the first six months. Once they start consuming foods other than breastmilk, they can also get probiotics from yogurt, particularly yogurt containing live cultures. These two ways are generally accepted as the best way for your baby to get probiotics daily.

Probiotic supplementation, however, can be recommended after the baby has a long period of diarrhea or vomiting due to a virus such as rotavirus or norovirus. Such bad intestinal viruses can leave the body depleted of beneficial bacteria and their intestines could need re-colonizing.

Supplementation is also beneficial when a child has taken a course of antibiotics, as this often wipes out all bacteria in their system, both good and bad, in which case it is important to encourage the growth of good bacteria again. When this is the case, a powdered infant supplement can be introduced and added to breastmilk, formula, or even put on a clean finger for baby to suckle. If your child is taking a sippy cup, it can be added to water as well.

Probiotic supplementation is also suggested when your child is suffering from one of the following ailments: acid reflux, constipation, diaper rash, baby thrush, eczema, gassiness, or an ear infection.

“The European Journal of Clinical Investigation” found that babies being supplemented with the probiotic Lactobacillus Reuters. It had shown a decrease in reflux symptoms and episodes of spitting up compared to infants who were not being supplemented. The conclusion was that this specific probiotic may help food be digested by the stomach much more quickly, leaving the stomach emptier and less likely to aggravate reflux conditions.

The results of an Italian study suggest that when infants with chronic constipation were given probiotics regularly, their stools had an improved consistency and they had more frequent bowel movements overall.

Some diaper rashes are diaper thrush or a yeast rash. These can be painful and difficult to get rid of. Probiotics cannot cure a yeast infection, but they can help prevent one or you’re your child get over the yeast infection more quickly. Making sure your baby has probiotic sources containing lactobacillus acidophilus and bifidobacterium as these two help suppress the growth of yeast.

These kinds of rashes often occur after your child has received a round of antibiotics. So to prevent this, it is important to start a round of probiotics immediately after the course of antibiotics is finished. You could also supplement with a probiotic that is compatible for use while taking antibiotics to more significantly improve your child’s chances of not coming down with diaper yeast, such as live-culture yogurt and those manufactured by Florastor.

Try to remember to give the probiotic one to two hours after the antibiotic is given, to prevent the antibiotic from killing the good bacteria introduced by the probiotic. You should also continue your course of probiotics for at least one week past completing a round of antibiotics.

Infant thrush is usually an oral thrush yeast infection that can be present in infants and also on their mother’s nipples. It can develop after antibiotic use, but often it appears with no known cause. It is also difficult painful and difficult to get rid of and can last for weeks or months untreated. Unlike diaper yeast rashes, it can be greatly helped by the probiotic Acidophilus, available in powder form for infants.

Since the year 2000, a handful of studies have been released suggesting that probiotics can be helpful in soothing, and sometimes, ridding children of eczema symptoms altogether. Eczema is a red, scaly, itchy rash that appears on the skin of both adults and children.

It is more common in children who have allergies, family members with numerous allergies and there is a theory that eczema itself may be a form of an allergic reaction. At least two studies have shown that taking a probiotic supplement daily can decrease, and sometimes completely extinguish, eczema symptoms.

The best results occurred when the participants continued to take the probiotics, even after symptoms had been reduced or eliminated.

Colic and the gassiness associated are helped by the probiotic lactobacillus reuteri as was shown study by the journal “Pediatrics”.

It helps keep the amount of good and bad bacteria in the intestinal track balanced and reduces intestinal inflammation, which often is a contributing factor to both gassiness and colic.

While studies have been done on the use of probiotics for ear and urinary tract infections. There is not enough evidence to say whether or not probiotics help these conditions. However, in any instance where your child will be taking a course of antibiotics, as is often prescribed for either of these conditions.

It can be helpful to prevent yeast infections or diarrhea common when on antibiotics by giving your child probiotic supplements right along with their antibiotics. Again, try to give the probiotic one to two hours after giving the antibiotic and continue supplementation for an additional week after you have finished doing with the antibiotics.