Home Health & Fitness Is There a Problem with Giving Cow’s Milk to Your Children? 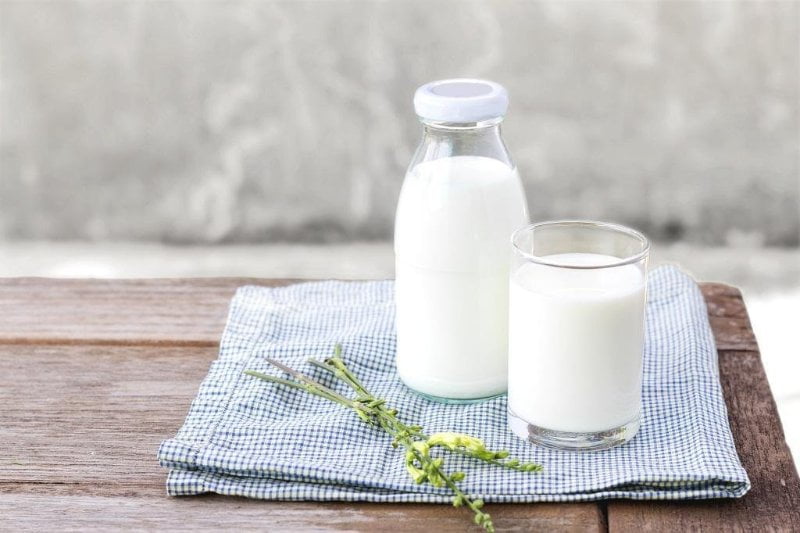 Cow’s milk is advertised as being a safe, necessary drink that people of all ages should have as a regular part of their diet. In our Western society, drinking cow’s milk extends far past the point of infancy. Parents continue to give cow’s milk to their children. Persons of all ages consume cow’s milk and milk products throughout most of their lives.

In spite of the advertisements and common practice.

Is cow’s milk really safe for you and your child to drink?

Cow’s milk is the one single food item that is isolated as causing allergies 60% of the time. There are many physicians, nutritionists, and other healthcare providers who are now taking a closer look at cow’s milk and related dairy products and the health problems that occur from drinking cow’s milk.

It is not a new fact that humans are the only species who feed their young milk from another species. This may seem a natural thing to do but think about the practical role of milk.

Milk is a lactating secretion produced for the purpose of providing nutrition to the newborn. Generally, the newborn will drink the mother’s milk until he is old enough to eat regular food, at which point he is weaned from the milk.

When the baby reaches the age of weaning, he no longer needs milk. Humans, therefore, have two curious habits.

First of all, we give our children food belonging to another species. Second, we continue the practice throughout childhood and on into adulthood.

Let’s look at some of the problems associated with drinking cow’s milk.

Cow’s milk is pasteurized, homogenized, sterilized and otherwise treated to render it “safe”. These processes have impaired any nutritional value it may have had.

For example, pasteurizing the milk is intended to kill any bacteria it may contain. Unfortunately, this process also kills some of the vitamins in the milk.

Cows normally produce milk for their calves, but after this normal production. The cow is artificially made to endlessly produce milk due to the demands of human consumption. Cows are regularly given hormones to make them produce higher milk.

Additionally, some cows that may be sick or have the disease are still forced to produce milk. These cows are given antibiotics to help combat the disease. When the milk is sold in the markets it still contains these antibiotics.

Many children are allergic to cow’s milk and food products made with milk. The type of milk protein it contains. Milk has been found to be among the top three causes of allergies in children.

According to research, cow’s milk contains proteins that the human body cannot assimilate. Giving an infant cow’s milk in the first year of life can also lead to iron deficiency anemia and internal bleeding.

Children can also be unable to digest. The lactose found in the milk, resulting in a condition known as lactose intolerance. Lactose is the main sugar found in milk.

This condition causes such gastrointestinal symptoms as nausea, stomach cramps, bloating, and diarrhea.

According to data reports, between 30 and 50 million Americans are lactose intolerant. The best way to handle this condition is to eliminate the milk from the diet.

Cow’s milk as well as milk products such as butter, yogurt, ice cream, cheese, etc., are known to contain fats and cholesterol.

Continued intake of these substances can lead to obesity and put you at risk for diabetes and heart disease.

Cow’s milk not the best source of calcium

Many who support the drinking of cow’s milk have stated that it is a necessary part of one’s daily diet because of the calcium content. The human body does, of course, need calcium.

It does not naturally make calcium. There are many food sources other than cow’s milk from which we can obtain calcium. It is not clear that milk and other dairy products are the best sources of calcium. Too much calcium may increase the risk of prostate and ovarian cancer.

For those who choose to avoid milk and food products that contain milk. Here are some helpful suggestions:

The controversy about drinking cow’s milk will likely continue. For as many persons who defend its use and continue to drink cow’s milk.

There are just as many who have stopped drinking it. Certainly, cow’s milk is not a nutritional necessity for humans.

Is There a Problem with Giving Cow’s Milk to Your ChildrenWhether or not you and your family continue to drink cow’s milk and eat foods containing cow’s milk is a choice you alone can make.