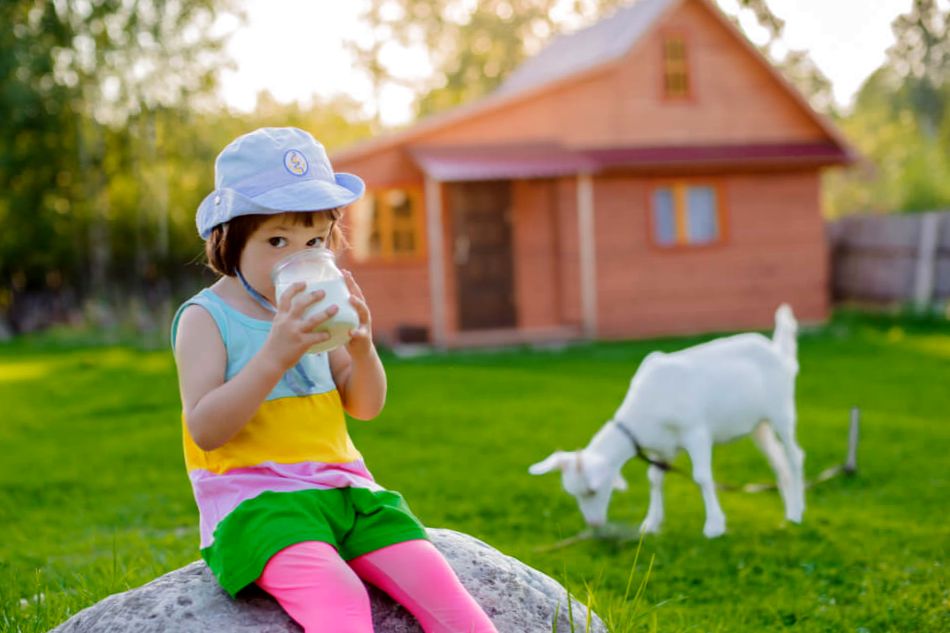 Next to breast milk is goat’s milk. According to research, infants often suffer from fussiness, excessive crying, and irritability due to colic during the second week and third month of life from unknown causes.

Goat’s milk contains less lactose than cow’s milk and would be better tolerated by infants. Lactose intolerance or lactase deficiency is the inability to digest lactose, the sugar in milk and other dairy products.

Lactose intolerance is due to a deficiency of lactase enzyme in the intestines that are needed to digest lactose. Some people are born with low lactose levels, yet they have no symptoms.

Other individuals with low lactase levels and symptoms of abdominal discomfort, bloating, gas, and diarrhea are considered lactose intolerant.

Goat’s milk contains the same bioactive components as mother’s milk. It is naturally homogenized, unlike cow’s mechanically homogenized milk. Goat’s milk has no growth hormones. It does not increase the production of goat’s milk.

It is a richer source of chloride, manganese, and copper.

Goat’s milk is easy to digest, It helps the digestive systems in infants. It reduces the effects of colic, abdominal discomfort, or diarrhea.

Goat’s milk casein curds are smaller and softer and much easier on the digestive system than the curds in cow’s milk. This allows goat’s milk to properly absorbed through the digestive tract.

It lowers the risk of undigested portions staying in the colon and developing into intestinal problems.

Goat’s milk fat globules are smaller and dispersed better. More homogenous mix of fat in the milk. These can make goat’s milk easier to digest.