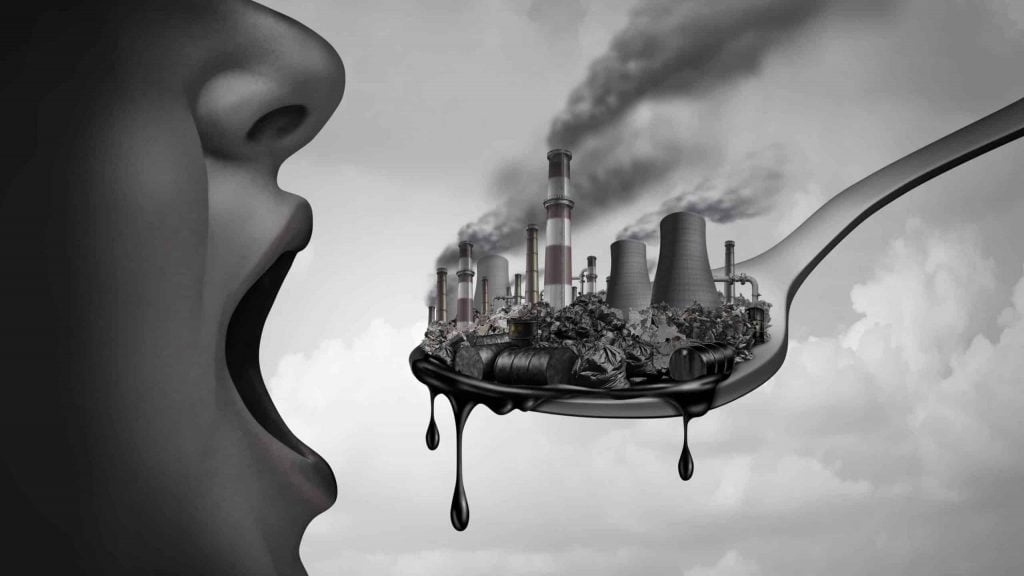 Few things are more unpleasant than a bad case of food poisoning. Even after you stop making trips to the toilet. You typically experience loss of appetite and fatigue for days.

Food poisoning signs are similar to those of a viral infection called viral gastroenteritis, where infection with a virus causes inflammation of the lining of the stomach.

This makes it difficult to know whether your vomiting and diarrhea come from “something you ate” – or whether you picked up a viral infection.

According to statistics published in Expert Bulletin food poisoning results in 300,000 hospitalizations and 5,000 deaths annually.

Food poisoning is common and can be easily prevented with proper food handling. Food poisoning usually a reaction to food or water. It is contaminated by improper storage, handling, or cooking.

Common contaminants are bacteria, particularly the salmonella. Other contaminates are viruses, parasites, and toxins.

According to Expert Bulletin, 80% of food poisoning cases are related to eating restaurant, institutional foods. Symptoms can appear in less than six hours or more than twelve hours, depending upon the bacteria or toxin ingested.

What is Food Poisoning?

When the calendar turns to the warm weather months, it’s time for cookouts, barbecues, picnics, and other outdoor get togethers. It’s also a time when the threat of food poisoning increases.

Basically, food poisoning happens when a person eats food that has been contaminated with bacteria or other toxins. The most common bacteria is E. coli. But, Staph aureus, E. coli enteritis, Salmonella, Bacillus cereus, Shigella, Listeria, and Cholera also cause food poisoning.

Food becomes contaminated most often. When it hasn’t been prepared or stored properly. If the preparer’s hands are dirty, the utensils or containers aren’t sanitary, or the area the food is prepared at is unclean, food poisoning can occur.

Another cause is when meats aren’t cooked long enough. And, if foods- especially dairy products- aren’t kept refrigerated, bacteria can easily form, and food poisoning can affect the people who eat the food.

Food poisoning is a common condition that most people encounter at least once in their life. It’s a scary condition and if the symptoms aren’t managed and treated could lead to serious problems. The following are signs and symptoms of food poisoning.

It’s important to note that the symptoms will vary based on the contaminant involved.
General Symptoms are as follows and may begin within a few hours and last up to ten days. These symptoms appear with all contaminants the severity level varies based on the

What Causes of Food Poisoning

For most people who get food poisoning, the symptoms are unpleasant, but they rarely lead to serious health problems. But for infants, the elderly, and people with poor immune systems, food poisoning can be deadly.

Most cases of food poisoning are caused by bacteria, such as E.coli or Staphylococcus, growing in food that’s been improperly handled or contaminated with bacteria at the time it was purchased. What are the most common foods that cause food poisoning?

1.The Most Common Causes of Food Poisoning: Chicken

Most health experts recommend eating more chicken since it’s lower in fat than red meat – and is a good source of protein. On the other hand, chicken can leave a pretty sour taste in your mouth if it’s mishandled and leads to a bad case of food poisoning.

According to the Center for Disease Control, chicken tops the list of foods most likely to cause foodborne illness. Salmonella and Staph are two bacteria that are common in chicken and other poultry, but poultry-related food poisoning is also caused by bacteria called campylobacter.

The way to avoid food poisoning from chicken and other poultry is to cook it thoroughly – to at least 175 degrees Fahrenheit. The juices should be clear when you cut into the chicken – not red or pink.

Any utensils or plates that touch raw chicken should be thoroughly washed and disinfected before reusing them to avoid spreading bacteria that may be present in the raw meat. When thawing chicken, do it in the refrigerator and never keep refrigerator leftovers for longer than four days. Always wash your hands after handling raw chicken.

2.Contaminated Beef is a Common Cause of Food Poisoning

Beef is the second most common cause of food poisoning – with undercooked hamburger being the top offender. The same precautions that apply to chicken should be followed for beef. Most sources recommend cooking beef to at least 160 degrees Fahrenheit. To avoid getting food poisoning when eating out, ask that your meat be prepared “well done”.

3.You Can Even Get Food Poisoning From Veggies and Fruits

Animal products are more likely to cause food poisoning, but food poisoning involving leafy vegetables has made the news more than once recently. Green, leafy vegetables such as lettuce and spinach are the most frequently contaminated with bacteria. Lettuce is also likely to be a problem since it isn’t cooked. Melons, berries, and sprouts are other plant sources susceptible to contamination with unfriendly bacteria.

To avoid food poisoning from green, leafy vegetables, wash them thoroughly even if you buy them in a bag that’s labeled “pre-washed”. Studies show that pre-washed veggies can still contain “bad bacteria”. For now, stay away from alfalfa sprouts since they’ve been strongly linked to Salmonella contamination.

How to Avoid Food Poisoning?

There are some commonsense steps that you can take at home to prevent food poisoning. The following are suggestions.

When dining out, it is really difficult to know how sanitary the cooking surfaces and how good the hygiene of the food handlers is.

Keep a wary eye out for signs that the restaurant has clean, safe practices. Order cautiously. Be careful of eating raw foods, such as raw seafood and dishes that contain raw eggs. Meat, including steaks, should be cooked enough to kill bacteria.

Certain people are more vulnerable to the effects of food poisoning. If they get the condition a doctor should be called. A doctor should be allied for anyone with an impaired immune system, pregnant women, young children, or elderly people.

For otherwise healthy people, a doctor should be called if nausea and vomiting last for more than 24 hours. The symptoms are severe and abrupt and there is extreme weakness, high fever is present of there is severe diarrhea or diarrhea contains blood.

Treatment includes rehydration. Large amounts of fluids are lost during food poisoning, as a result of vomiting and diarrhea. Victims must force fluids. Water and ginger ale or 7-Up are good choices.

Soda pops with artificial sweeteners may upset the stomach of some people. If they are going to drink soda pop. It should be the sugared variety. Once the victim can tolerate fluids, bland foods, such as soda crackers, noodles, pudding, and jello can be added to the diet.

Doctors may prescribe antibiotics for some types of food poisoning. Cases of severe food poisoning may require hospitalization. For most people, the unpleasant symptoms will pass in a day or two.