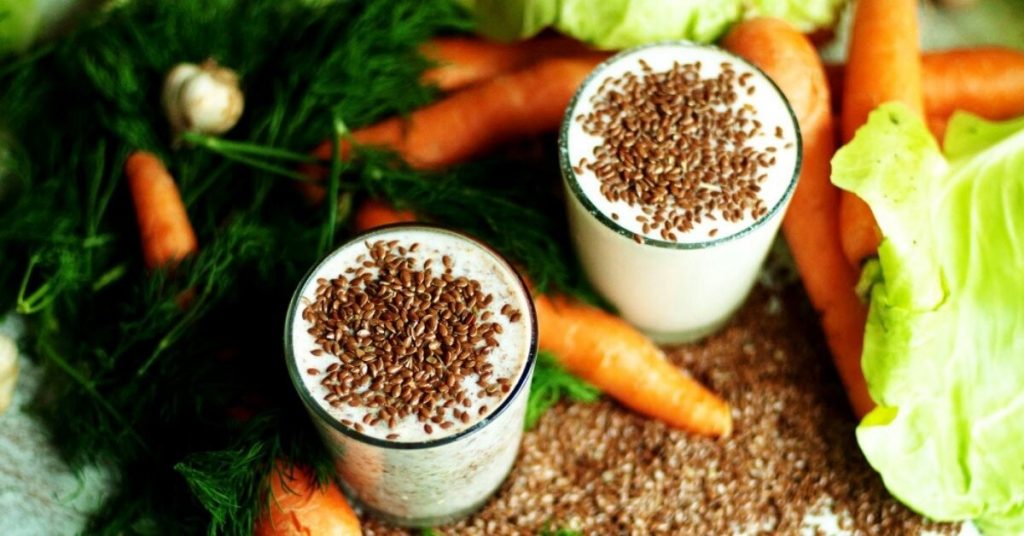 Cancer is obviously a very emotive subject and one not to be glossed over with a half hearted article. I have researched past and current studies on flaxseed and cancer. This article will give you a better understanding of the link between the two.

Nearly every one of us knows someone who has or has had cancer. And for all the research and money spent into finding a cure, one in four of us will still die from some form of cancer.

However, you hear stories all the time about people being treated and cured using traditional and non-traditional treatment.

Consuming flaxseed to treat cancer comes under the ‘non-traditional’ or ‘alternative’ forms of treatment. It hasn’t received the necessary funds to conduct large scale research on its effectiveness.

Fortunately there is an increasing number of independent studies. Research that are uncovering the benefits of flaxseed to treat a number of different cancers.

How Does Flaxseed Fight Cancer?

These compounds are known as phytoestrogens. Lignans make up these phytoestrogens and their presence in our diet could possibly prevent and treat certain cancers.

“Flaxseed as apposed to flaxseed oil is particularly rich in lignans.  In fact it is the richest source of lignans by some distance.”

There have been a number of studies conducted to find a link between flaxseed and cancer. Most of them are based on animal studies and nearly all of them are inconclusive.

However, professor Lilian U. Thompson Dept. of Nutritional Sciences, Faculty of Medicine, University of Toronto has uncovered more substantiated proof that the lignans found in flaxseed plays a role in the prevention and treatment of breast cancer.

Professor Thompson is one of the worlds leading experts on plants that provide health benefits.

So it could prevent the breast cancer.

Her research led her to isolating the lignans found in flaxseed and testing their effectiveness on breast cancer patients.

As a result, the breast cancer tumours in each study group were reduced in size by as much as fifty percent. The spread of cancer through the body was also reduced.

She admits, long-term studies are needed on larger groups of human patients. “Particularly those taking breast cancer drugs such as tamoxifen need to be conducted to further assess the application of flaxseed in breast cancer treatment.”

These same cancer-fighting lignans may have the same effect on colon tumor cells by slowing their growth. Animal studies indicate abnormal growth cells may be reduced by regularly consuming flaxseed. Trials using people are needed to confirm these findings.

Another study using rats, was conducted by the Department of Pharmaceutical Sciences, South Dakota State University. It revealed that high levels of omega-3 essential fatty acids found in flaxseed oil. Through the conversion of alpha-linolenic acid (ALA), helped prevent the further growth of the colon tumor.

“It seems that diets rich in omega-3 may play a part in reducing or preventing colon cancer.”

Eskimos for example have a low rate of colon cancer, and their diet includes a lot of fish and high levels of fat in the form of omega-3.

Omega-3 and lignans have also been studied for their effect in helping to prevent the development of prostrate cancer.

A 2007 study by the Division of Urology and School of Nursing, Duke University Medical School led by Wendy Demark-Wahnefried, PhD, RD, LDN showed that flaxseed reduced the production of tumor cells by approximately 50% in men with prostate cancer.

The study involved 161 men who were due for prostrate cancer treatment – one third already having an aggressive tumor.

She believes the omega 3 fatty acids in flaxseed alter how cancer cells lump or stick to other healthy cells, while flaxseed’s anti-angiogenic lignans choke off the tumor’s blood supply.

Most of the research and evidence for promoting flaxseed and flaxseed oil as an anti-cancer product has so far come from animal studies.

However, more studies are emerging and the ones that do come to light seem to suggest that the lignans and/or the omega-3 fatty acids found in flaxseed have varying degrees of success in treating and preventing some cancers.

The Budwig diet has a lot of credible evidence to suggest flaxseed is indeed a food source that could benefit many people.