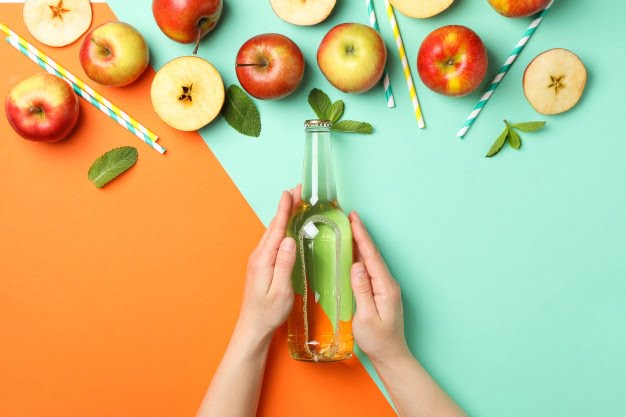 What Apple Cider Vinegar Is Supposed To Do For You

According to various natural health web sites, vinegar is both a powerful cleaner capable of instantly dissolving years of hard water buildup on your shower door and a gentle. It’s natural tonic that eases allergies, reduces arthritis and aids digestion.

According to pro-vinegar fanatics, apple cider vinegar can be taken straight from the bottle, applied externally as a poultice, or even used as an enema.

Unfortunately, scientific support for apple cider vinegar is scant. Despite volumes of anecdotal evidence supporting the use of ACV. Most studies have failed to find any scientific basis for most of the traditional medicinal uses.

One use for apple cider vinegar that seems to be holding its own in scientific testing is the use of ACV for type 2 diabetes. A 2006 study published in the Journal of the American College of Nutrition declared vinegar effective for reducing the glycemic effect of food, an effect that makes people eat less and feel more satisfied.

Can Apple Cider Vinegar Be Dangerous?

In 2005, researchers from the University of Arkansas launched an investigation into the safety of apple cider vinegar tablets after a woman reported burns of the esophagus after taking ACV.

What they found raised serious questions about the safety of several brands of apple cider vinegar tablets sold in health food stores around the country. But most people who use apple cider vinegar therapeutically don’t take tablets. They simply take a teaspoon or two of vinegar every day. How safe is that practice?

For most people, taking a teaspoon or two of apple cider vinegar every day is probably perfectly safe. After all, the amount consumed at any time is only about what you’d find on a typical vinegar-and-oil salad.

But there is some concern that the daily use of undiluted apple cider vinegar may be damaging to teeth. If this is a concern for you, talk to your dentist for more information.

Perhaps a more immediate concern should be the potential for excessive potassium loss. While fairly rare, this side effect, known medically as hypokalemia, has been documented a handful of times in ACV users.