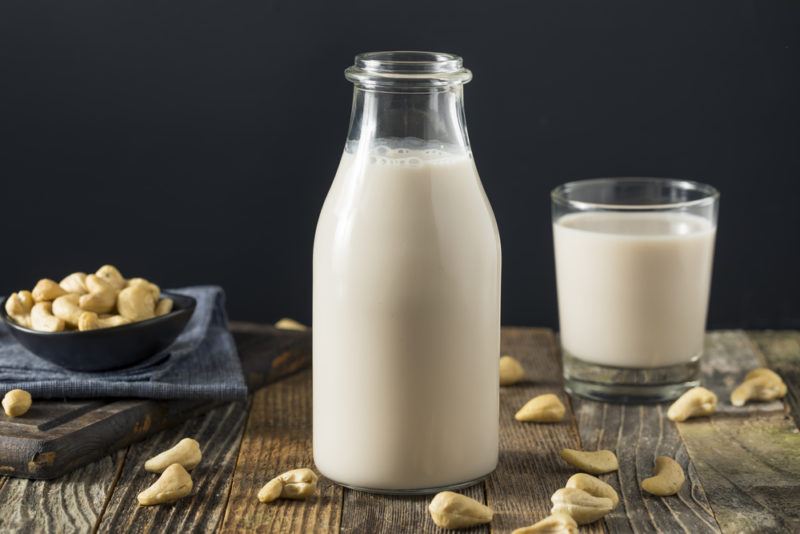 If you are searching for a substitute to cow’s milk, try cashew milk.

This alternative has many benefits that boost your health.

A benefit to cashew milk is that this beverage does not taste like cow’s milk. The flavor is nutty and sweet. The texture is rich and creamy. Unlike some other cow’s milk alternatives, cashew milk goes well with a stack of chocolate chip cookies.

Cashews are an excellent source of magnesium and calcium. Also, a quarter cup of these nuts supplies about 38 percent of your daily intake of copper.

4. Cashew milk is a better milk alternative than soy milk.

The Dark Side of America’s Favorite Health Food in order to inform the public about the downside of drinking soy milk.

They state that soy milk is full of sugar. This substance is what gives drinkers a lift. This is not so in regard to cashew milk.

5. Cashew milk is a great alternative for people with milk allergies.

Some males and females are born with milk allergies. Their bodies adversely react to cow’s milk. In this case, cashew milk is another choice.

The ingredients that comprise this beverage differ from cow’s milk. (Warning: Parents with babies – please seek the advice of your doctor before giving your child cashew milk.)

6. Cashew milk can easily be incorporated into a raw food diet.

Controversy surrounds the benefits of cow’s milk because of the hormones and preservatives. As a result, this liquid is often omitted in raw food or vegan diets.

For individuals indulging in either, cashew milk is still an option. Several recipes exist on how to make cashew milk with only natural ingredients.

In conclusion, the six benefits of cashew milk prove they are a wonderful alternative to cow’s milk. Make this beverage at home or obtain it at a health food store. You’ll be in for a treat.